What is an AGM Battery? Why is Everyone Talking About Them?

What is an AGM Battery? Why is Everyone Talking About Them?

What is an AGM Battery?

Lead-acid batteries have not changed very much since they were invented by Gaston Plante̒ 150 years ago. The reason is simple. When something works so reliably and yet is inexpensive, there is little reason to tamper with its success.

Except for a few tweaks in case improvement and construction over the years, the lead-acid battery still consists of:

The AGM battery was invented in the late 1970s, and by 1985 the military was interested in it for aircraft applications. “AGM” is an acronym for absorbed glass mat. In an AGM battery, the electrolyte solution is absorbed into mats of finely spun glass fibers. The mats soak it up like a sponge to about 95% of their capacity.

The mats are then sandwiched in between the lead plates. This creates a positive and stable connection between the electrolyte and the plates. AGM batteries also have special valving to manage the gases in the battery, making them safer and more efficient.

How does an AGM Battery Work?

An AGM battery has two distinct features that set it apart from the standard “flooded” models. The first feature is what gives it its name—the absorbed glass mats. They provide several advantages to the battery.

Because the mats can be compressed, this allows more mats, as well as more or thicker plates to be placed in the case. Since lead and the electrolyte produce power, more of them equals more power. And because the mats are tightly packed between the plates, the entire surface of the plate is in contact with electrolyte. This means more power from the plates and a quicker recharge time.

The mats also serve another important purpose; their tight fit around the plates makes the battery extremely stable and durable. AGM batteries resist vibration extremely well, adding to their lifespan.

The second distinct feature of an AGM battery is a valve on it which manages the production of gases from the battery. AGM batteries are one of two types of batteries considered as valve regulated lead-acid (VRLA).

When electricity passes through water, electrolysis splits the water molecule into hydrogen and oxygen. If these gases are allowed to escape, the water level in the electrolyte solution decreases, and this shortens the lifespan of the battery. The valve prevents this from happening.

If an AGM battery is overcharged and excessive pressure builds inside of the case, it operates as a pressure relief valve. And the valve also helps prevents accidents from the ignition of hydrogen during charging.

AGM batteries leverage all of the aforementioned features to produce a battery able to provide the cranking burst of power needed to start engines and continue to run electronics for extended periods. They also give it deep cycle capability, although not all AGM batteries are deep cycle capable.

AGM batteries were initially used in military aircraft because they were powerful, durable, and safe. They were later used as backup batteries for call and data centers. Eventually, they found their way onto all manner of military transport vehicles.

AGM batteries continue to be used in all of the aforementioned applications. The reason people are starting to talk about them today is because they are finding their way onto cars. And the reason they are showing up on cars is because the driving public’s requirements for electrical power is changing.

Most of the time, a vehicle battery’s job is to provide that short burst of power long enough to start the engine until the alternator takes over. But the electrical requirements in many of today’s new passenger vehicles are steadily increasing. All of that new technology—helping you navigate, assisting your driving, and entertaining your passengers—requires a lot of power.

Traditional lead-acid batteries are unable to keep up with demand for long running power. This is why about 10% of new passenger vehicles built today are equipped with AGM batteries. The ability to provide both starting and continuous power makes them ideal for today’s increasingly high-tech motorists.

Should I Switch to an AGM Battery?

If your vehicle was supplied with an AGM battery, you should most definitely maintain an AGM battery in your vehicle. If you are adding electronic upgrades that have substantial electrical draws, an AGM battery is probably your best choice. It is also a great selection where maximum battery safety is required.

But should the average driver change to an AGM battery? If one of the conditions mentioned above do not exist, then that decision should be made by balancing the pros and cons.

The only real downside to an AGM battery is its cost. They can cost up to three times more than a regular lead-acid battery, so when they are not a requirement, they are perhaps not the most cost-efficient choice.

Other than their expense, the only other negative to an AGM battery is that it is less tolerant of overcharging.

How are AGM Batteries Manufactured?

As passenger vehicles become more and more technology-laden, the demand for AGM batteries will continue to increase. The good news for traditional lead-acid battery manufacturers is that adding an AGM line or converting a traditional line to AGM is not difficult.

AGM battery production uses the same basic techniques as for flooded batteries. Automated machinery can be added to cut AGM plates as well as other AGM battery-specific functions. With the ease of converting to AGM production coupled with the looming demand, it makes sense for battery manufacturers to position themselves to take advantage of the opportunity.

AGM batteries have been around for quite a while. Now that the demand for their services has reached the consumer vehicle market, they have become infinitely more talked about. They are a superior battery built to meet specific power and installation requirements. Their expanding use in passenger vehicles will continue to gain market share. The time for battery manufacturers to get in front of this pending wave of demand is now.

What is Battery Formation?

What does “Battery Formation” Mean? Battery formation is that step in battery production where the battery is prepared to receive... read more 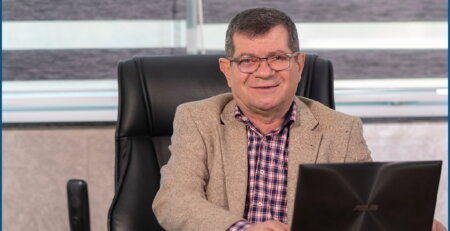 May 7, 2020: It is with great sadness that Batteries International has to announce that Zeki Sarıçam, the dynamic... read more

“His first name — Zeki — meansclever or brilliant in Turkish.He certainly lived up to that.He was a delightful... read more

The Manufacturing Process of a Lead-Acid Battery

What is a Lead-Acid Battery? A lead-acid battery is a type of rechargeable battery used in many common applications such... read more